And Then It Was Thursday 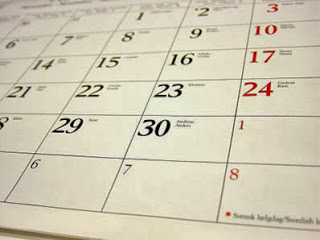 Hey friends. I think it is obvious that I have taken a long break from writing here. I kind of needed a break from cancer. It had kind of been consuming my life. I mean, I had the two original surgeries, and then the recovery, and then the stent removal... That was a tough day. I wrote about it back in April in a post called Sunny and Dark. Cancer had returned. It was spreading around my bladder. A beautiful spring day full of bright sunshine clouded over with emotional storms of frustration and fear. And the funny thing is that it happened on a Thursday.

Isn't that an odd day for anyone to discover that cancer had returned? I mean, the weekend is just around the corner. Thursdays are time to kind of start the gearing down from all the hustle and bustle of the work week. Just one more day left to the family fun day, the weeds in the yard, sweeping the garage floor, and taking the dog for a long walk. Plus a Thursday is right after hump day. Monday through Wednesday are the days most people are in the thick of it. Working the fingers to the bone is the norm. Watching the clock and anticipating the tick and the tock of the march toward that glorious moment of quittin' time. But that is the anticipation of that part of the week. Thursday is supposed to be that day of hope. We survived thus far, and it looks like we are going to be making it. We can hold out one more day. Hope wells up. Friday's a comin'!

So you see why that is an odd day for bad news. Give me that bad news on Monday, for crying out loud! Then you can say, Typical. What do expect for a Monday. Tuesdays are perfect- I just knew it. I just knew it. Yesterday was too good to think this was going to be a good week. Anything can go wrong on a Wednesday- I knew I wasn't going to get out of this week alive. Fridays through Sundays we are too distracted to really notice and all the doctors have taken those days off any way, so it is nearly impossible to get too much bad news on those days.

But I digress. I try to click away on these black keys of my computer trying to make light of the fact that cancer had returned. And the simple fact was that it was a dark day for my soul back in April. In fact, that darkness continued on for quite some time. Don't get me wrong, hope abounded. A fighter I would be. Get up and do what is needed. Go through the next treatment.

My doctor told me that this treatment is amazing- Bacillus Calmette-Guerin, BCG for short. Funny thing is nobody used the full name of it. When I asked my doctor what BCG stood for, he kind of wrinkled his brow and tried to say the name and then just he couldn't remember even though he was constantly having the treatments administered to his patients. Stink, I had seven installments of the stuff into my badder and I still had to do a Goog search (misspelling intentional for effect. Trying to sound cool even though I am well past the age of cool) to find the full name of the treatment. And the stuff just kinda works. It seems to strip away the lining of the bladder wall and put your body in hyper infection fighting mode and punch cancer in the face. I say seems because nobody really knows how it works. I watched a video from the maker of the stuff and they readily admit, "We don't know why it works..."

During this time I was basically off work. I had back-to-back surgeries that put me out for 6 weeks at a time. Then I got into the BCG mode which puts you out for about four to five days a week. The whole process was essentially a little over five months long. That is a long time to go with out a real paycheck! Can I add a couple more exclamation points here for added emphasis? !! I am self employed. That meant no unemployment insurance. That meant no money coming in. That meant financial turmoil.

During that time I started to think of a way that I could make a living even if my body wasn't going to be available to help. So I started Doubt the Doubts. The idea was ( and I won't go too deeply into this here, but...) that I could help inspire others to go after their dream, while building a platform to produce an income that doesn't take my body being in tip top shape. If my brain is good (Okay. Just stop the wise cracks right now!), I can work. That was the idea. And the show has been a huge success- not financially ($65 so far), but in terms of impact... Literally the number one podcast in iTunes for eight weeks (the max length of time that iTunes allows) in the New & Noteworthy section- and that was out of over 15,000 other new podcasts! The show is a hit. But an income from it is still a ways off.

So I put all my extra effort and time into building Doubt The Doubts. So PaulBlais.blogspot.com was put on the back burner. I stopped doing the Friday Flicks. I stopped writing articles. I stopped just about all of it and went full throttle on Doubt the Doubts. I've rarely even been on Facebook. If I have extra time, I spend it on the new venture because, well to be honest, I didn't know how long cancer would be gone or if it would even come back. I just knew that I was already in financial ruins so I had to act. (BTW- If you haven't already, would you please go to iTunes and give Doubt The Doubts a 5 star rating and a short review. That favor from you makes a huge difference in my little life. If you do this for me, please conclude your comments with "Pulling for the show." That way I know it is from this article. Thanks in advance.)

I had a full three month break after the BCG. It was glorious. No dumping things into my bladder. No feeling sick. I could go about my life and put in the normal sixty-hour-work week. And I felt fine. Except for a side ache. It never has gone away. It feels like my kidney is bruised. Doc has looked and tested and all is good, but still... Then there have been the constant phone calls from bill collectors (five months off work), the pressure to get cash, meet everyone's expectations, the inability to catch up, the feeling of deep despair, the heart attack...

Did I ever tell you about that? It was about a month ago and I woke up in the middle of the night with intense and horrible chest pain and was rushed to the hospital. I thought I was going to die as Jennifer drove me to the hospital. The last place on earth I thought that I would go to meet Jesus was in front of Safeway. But there I was looking out the window groaning and clutching my chest and Safeway was right there.

Turns out it wasn't a heart attack, or at least they don't think it was. I was supposed to get some tests done, but I refused to go deeper in debt just to get bad news. I mean a trip to Hawaii would be worth a little more debt. But a stress test? Just don't see the value in that. Plus I already knew I was under a lot of stress. And my side still hurts.

This past Wednesday marked the end of my three month hiatus from cancer treatment. That was another stress. One of the last things the doctor said to me before my treatments were completed was, "You've got an eighty percent chance of the cancer coming back." What!? Kinda takes the fun out of all the sickness from the treatment knowing that it might not even work. That anticipation kind of added to the overall stress. So Wednesday the doc did a new scoping of my bladder. Then sometime soon my BCG would start back up again.

The thing is, we saw a new tumor. Clear as day. Growing with gusto. Cancer is back. And it was a Wednesday. Just what you would expect for a Wednesday. And I tried not to cry... again. Bit my lip. Talk matter of fact. "Well, looks like we gotta do something." (shaky voice mixed with confidence). I don't think the nurse nor the doctor bought it. He informs me that it is time for a new surgery. Then recovery. Then new round of BCG. Taking time off work. Something that I can totally afford (tongue in cheek).

I left the room and found Jennifer waiting for me. She saw it in my eyes. "What's wrong, Paul?" "The cancer is back." "We'll get through this. You're a fighter. We'll be fine." How does she find such strength? Wow.

I woke up that day after Wednesday. A heaviness in my little world. Facing a new mountain to climb. And then it was Thursday.

I was interviewed for the Cancer Peace Radio. Listen to the whole show here.

Sometimes it is best not argue.

Need a new work out routine? Then this just might be for you. Let's stop talkin' and do some watchin'!

Here's one from Ellen

Trust is a Must

Want to make a promise? Just remember that trust is a must.

Email ThisBlogThis!Share to TwitterShare to FacebookShare to Pinterest
Labels: Friday Flicks, Trust is a Must


Of course he wants one.

Posted by Paul Blais No comments: